Thank you. A member from our team will be in contact with you shortly.

Talk to your factory? 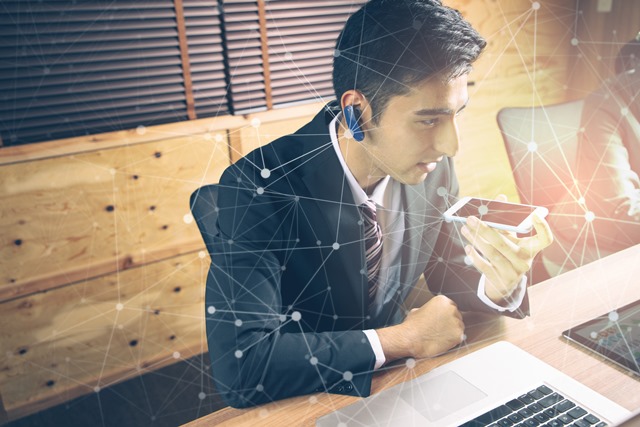 Many of us are now talking to our digital companions at home and on the go. “Alexa, what the weather going to be like today?” “Okay Google, find me a recipe for pancakes.” “Siri, how’s the traffic on I-495 around Boston this morning?” Soon you will be talking to your factory – if you aren’t already.

Voice technology, which includes both voice recognition (talking to your system) and voice response (system talking to you) are not new technologies. Voice systems have been in use for decades, but generally limited to data collection type tasks. In warehouse or production areas where barcode scanning is inconvenient either because of environmental factors (too wet for the labels) or to free up both of the user’s hands, audio instructions can replace looking at a screen and voice input confirms the transaction or ‘enters’ the needed data such as part number, bin location, serial or lot number, quantity picked.

The next wave of voice technology to enter the plant follows the Siri/Alexa/Google model of a robust interface with the system – that can be much more than simple input/output. Before long, we will routinely ask for instructions and information, tell our systems to execute plans, change orders, display instructions, and solve problems or make recommendations using artificial intelligence. Instead of asking about the traffic on I-495, we might be asking which job to work on next, if it would be a better idea to recalibrate the tooling now or later, or which line to run a new job on and when.

Voice interface promises to be quicker, more reliable, and less invasive – not the least because it does not require taking eyes or hands off the job. And it feels natural, too. One of the big developments in robotics these days is the evolution of the more human-compatible robot, one that can work side-by-side with its human compatriots (not in a cage to keep it from harming the delicate human standing next to it) and learn a task by being led through the process rather than by generating arcane computer code. We’ve all grown up with Star Trek and other entertainments set in the future where there isn’t a keyboard in sight. And let’s face it, typing is an unnatural, difficult to learn skill whereas we talk and listen from toddlerhood.

We’ve known for decades that voice interface is the right way to interface with our computers but voice recognition and voice generation software has not been up to the task – until now. Voice interface only became good enough and reliable enough in the last few years, and advances in artificial intelligence and machine learning have moved it from a novelty to an industrial-strength tool.

Voice will never be the only interface medium – think Tom Cruise manipulating holographic images in the 2002 movie Minority Report – but it will all but replace keyboards in the very near future. And we will all be the better – happier and more efficient – as a result.

This post was originally published By Dave Turbide on the https://compassmag.3ds.com/and is being reposted here.

Thank you. A member from our team will be in contact with you shortly.